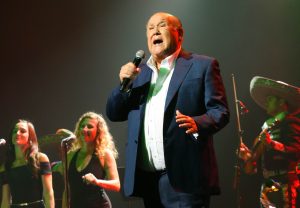 Leo Dan is considered one of the most important singer-songwriters in Latin America. His music has conquered the hearts of all Spanish-speaking countries.  Leo Dan’s album, “Celebrating a Legend” was the best selling album in Mexico in 2018.

With an artistic career spanning more than 50 years, he has toured more than 100 countries. He has composed more than 3000 songs and his songs have been recorded in different genres and languages.