Presented by The Oxbow School at The CIA at Copia Theater, Napa CA 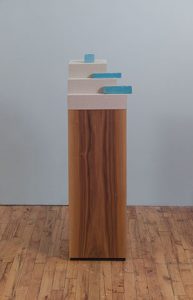 Please join us for a lecture with artist Kamrooz Aram.

Kamrooz Aram (b. 1978, Shiraz, Iran) is an artist living and working in Brooklyn, NY. Aram’s diverse practice often engages the complicated relationship between Modernism and the so-called decorative arts. Through a variety of forms including painting, collage, drawing and installation, Aram has found the potential for image-making to function critically in its use as a tool for a certain renegotiation of history.

Aram received a BFA from Maryland Institute, College of Art, Baltimore, MD, in 2001, and an MFA from Columbia University, New York, NY, in 2003. His work has been the subject of recent solo exhibitions including: An Object, A Gesture, A Décor, FLAG Art Foundation, New York; FOCUS: Kamrooz Aram, Modern Art Museum of Fort Worth, TX (2018); Ancient Blue Ornament, The Atlanta Contemporary, Atlanta, GA (2018); Ornament for Indifferent Architecture, Museum Dhondt-Dhaenens, Deurle, Belgium (2017). Aram’s work has been the subject of articles and reviews in publications including Artforum, ArtReview, ARTnews, Art in America, The New York Times, The Wall Street Journal, among others.

The CIA at Copia Theater