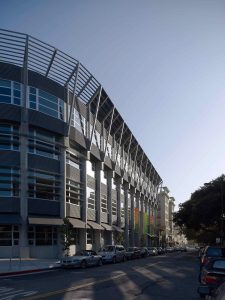 The environmental movement began as an effort to preserve wild places.  It grew from the work and ideas of pioneers like John Muir, Teddy Roosevelt, and Aldo Leopold, and then from the next generation, activists like Rachel Carson, Celia Hunter, and David Brower. The Berkeley-born environmentalist David Brower was an eloquent advocate of wildness.  He pointed out that wild nature is in fact orderly, and that what humans bring to ecosystems is disorder.  Wilderness, he said, is the bank for the genetic variability of Earth.  Wilderness is a natural laboratory for the observation of how the web of life works.  Wilderness is home.  “Older nations have their antiquities–the pyramids, the temples, the forums, the coliseums,” Brower wrote.  “We cannot compete with these.  The American antiquities are the great wilderness reaches we have saved.  Other nations have lost theirs without thinking about what the loss would mean to their future.”

As executive director of the Sierra Club, Brower began the Sierra Club Books’ Exhibit Format book series with This is the American Earth in 1960, featuring the work of Ansel Adams and Nancy Newhall. Called “one of the great statements in the history of conservation” by Supreme Court Justice Douglas, it was followed by the highly successful In Wildness Is the Preservation of the World in 1962, with color photographs by Eliot Porter. The pioneering use of art to inspire the protection of the environment is largely credited for Brower’s success in passing the Wilderness Act and stopping the damming of the Grand Canyon.

As E.O. Wilson has been telling us for a generation, we need half of the planet in a natural state, with functioning ecosystems that continue providing for us. More protected areas with thriving biodiversity not only go hand-in-hand with climate change mitigation but also are required to correct our devastating trajectories. Nature is our greatest friend and ally, not our foe. Healthy ecosystems – in protected areas or managed traditionally by local communities and indigenous peoples – are crucial. Even if you’re like half the people on Earth living in a city, if you’ve been to the ocean, a forest, a lake, or even a local park, then you know the feeling of being intrinsically connected to the rest of life on our planet. It restores us, calms us, entertains us, and inspires us.

The 2020 Art/Act: Local – Wild Places exhibition will feature four artists selected by jurors based on their current bodies of work and asks that they each create one new work inspired by or addressing what it means to protect our wild places. Art/Act: Local – Wild Places will examine the importance of connecting people to wilderness, whether it be a National Park or a community garden, in order for them to appreciate, understand, and ultimately protect our natural environment.

Participating artists will be offered a $1000 honorarium towards the creation of one new work.